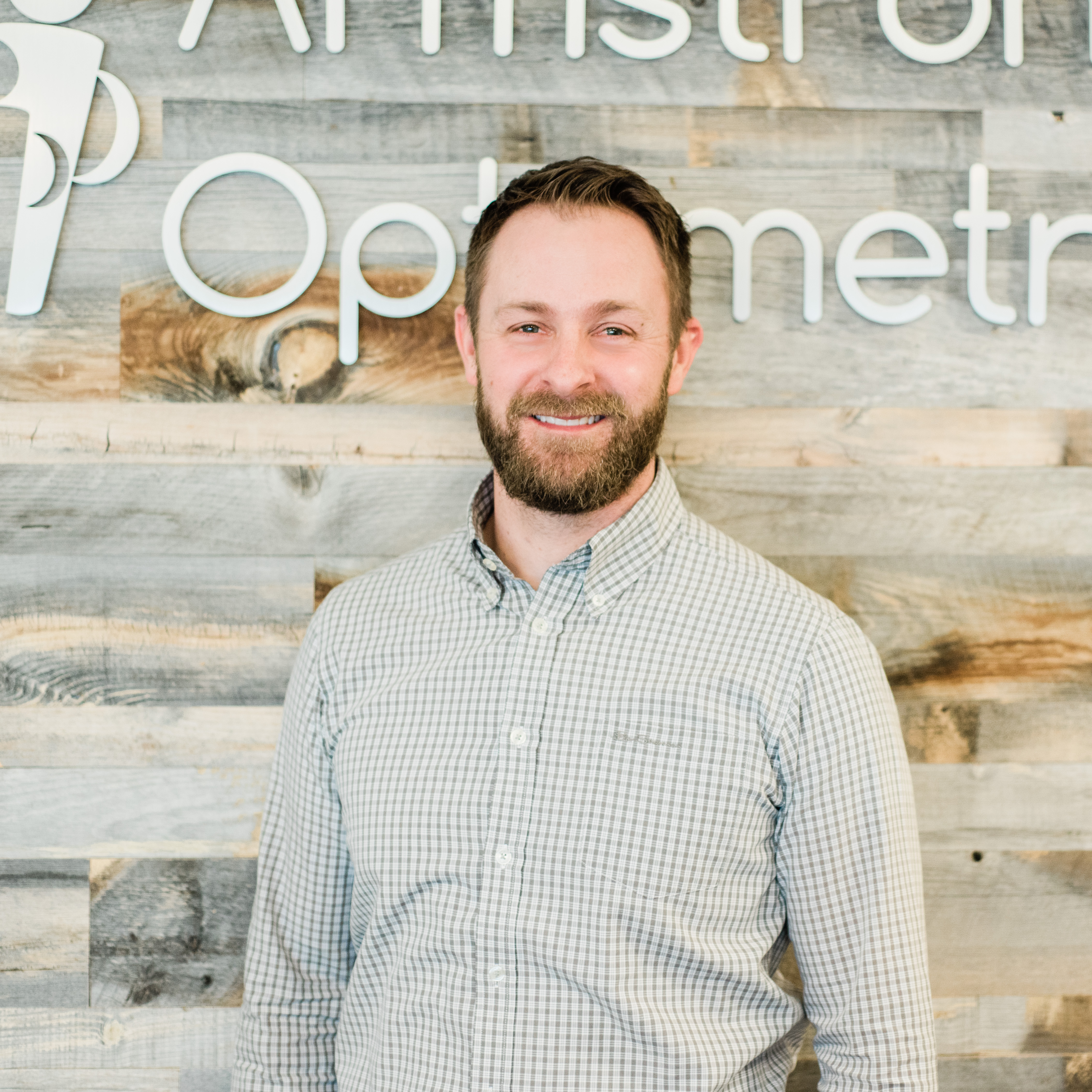 Ryan grew up in Kelowna where he completed his undergraduate degree in biology at the University of British Columbia. After spending time as a field biologist and researcher in the southern interior, he decided to relocate to Phoenix, Arizona and pursue a career in optometry. Graduating with honours, Ryan completed his Doctor of Optometry degree at Midwestern University Arizona College of Optometry. His clinical externships included focus in ocular disease, post-surgical management and pediatric care. Ryan is a current member of the Beta Sigma Kappa International Optometric Honors Society and the British Columbia Association of Optometrists. He enjoys participating in community vision screenings including those offered to underserved populations.

Ryan is an avid outdoorsman and enjoys camping, archery and tying flies. When he’s not at the office you might find him fly-fishing on a mountain lake or hiking with his wife Taigen and two young children Barrett and Grace.

We are OPEN for Full Patient Care.

Vision is so important.

We are excited to welcome you back!

As your trusted eye care providers, we have carefully planned out safety protocols for re-opening, in order to protect you, our team, and our community.